I wanted to do a review today of this watch that I found a couple of weeks ago in a box full of old watches that all needed service.

These are watches that I’ve purchased from customers, bought at auctions, or just collected in general, and have never taken the time to fix any.

This wonderful example of a Hamilton Thin-o-matic model 663 is one of these priceless watches that I think is worth discussing.

A brief history of the Hamilton Watch Co.

Most of you will know that the Hamilton watch company started out making pocket watches in the united states back in the mid 1800s.

The companies roots go back to 1874, and a gentleman named E F Bowman.  He was making pocket watches of non standard sizes, and by 1876 decided to change a bit and begin producing American standard size watches.  By 1877, the company had become the Lancaster Watch Company.

in December of 1892, the Lancaster watch company became the Hamilton watch company and that name remains with the company today, even though it is not the same company at all.

The late 1800s  saw a brilliant future for the Hamilton watch company as they became known for not just their quality movements, but for the complete accuracy that their watches could produce.  Most importantly the Hamilton Railroad grade watches.

These railroad watches are still coveted by collectors today, whom seek them out and restore them to their original glory.  I personally own several high end Hamilton railroad watches produced between 1910 and 1935, as well as many others that I need to restore at sone point.

The Hamilton watch company made some of the best American made watches at the time, and as time progressed into the thirties, so did the watch industry.  Hamilton successfully migrated to wrist watch production here in America, and made many examples of high quality watch movements.  In the late thirties, the company was producing so many high quality watches, that at the beginning of world war two saw many service men who had enlisted in the military begin purchasing some of the best that they had to offer.

Hi quality wrist watches at the time, cost as much as two months pay for some service men, and they where in demand.

So, over the past 90 years, there have been many changes to the Hamilton Watch Company, and I’m going to list here the many times the company changes ownership.

In 1928, the Illinois watch company purchased Hamilton, and retained ownership of the company for only one year.  In that time, they were able to get their hands on the patent designs, and improve the watches that they made at the time.

In 1929 the company changed hands again, becoming the Hamilton Sangamo corporation.  This lasted until the late fifties.  After world war two, many of the manufacturing companies in America had begun selling off tooling equipment to companies in Europe.  This was an effort to rebuild and restructure the European economy after the devastating effects of the war.  Hamilton was no different.  By 1959, the company was purchase by A. Hunguenin of Switzerland.  Thus, fully ending the American ownership of the Hamilton watch company.

in 1961, again, the company was sold to the Standard Time corporation.  Standard time, like all others who had owned the company, retained the original name for its division of the firm.

Now, the company has licensed the name to be used for many different time products, but, the Hamilton watch company of today, is far from what it was at its inception.

This watch was produced in 1962.  This would have been manufactured by the Buren Watch Company at the time, and was based on another swiss watch, not from the original designs of the American Hamilton.

The watch is an automatic, meaning that it winds the mainspring as you wear it.  The difference here, as found in some version of watches produced even by Tag at the time, contained a micro-disk for winding.  This small weight which took up only about 20% of the movement allowed the watch to be produced in a very thin version.  Unlike today’s watches that have a weighted disk on the watch that takes up nearly the entire circumference of the watch.

As you can imagine, there were several different models of this watch made over its lifetime.  Some had solid gold cases and backs, as does this watch, others where gold with a stainless back, and yet some were gold filled.  There were over two dozen different dial styles and of course, bands of your choice.

The model we have here is 34 millimeters wide and has an 18 millimeter band opening.  The micro rotor design was developed by Burnen of switzerland.

Hamilton watches of this era were popular advertisements on airplanes catalogs at the time, and priced in the mid price range.  A Solid gold case and backed watch like this would have sold for about $100.00 at the time.

These watches are not water proof, I don’t think I would even consider getting them wet.  They were made to be a precision time piece that was designed beautifully and reflected a certain social status.

Check out these great Vintage Thin-O-Matics!

As I have said, after I did the full service on this watch, I left it on the watch timer for about six hours, and it came back at less than three seconds off per week.  That is a statement for its quality and durability.

This watch came with a plastic bubble crystal, and they are still easy and inexpensive to replace.  The maintenance of these watches is simple.  Like any automatic or mechanical watch, just make sure it is worn, or that you take the time to wind it at least once a month to keep it well lubricated inside so parts do not seize.

While these watches are considered small by today’s standard, it is a watch that will keep near perfect time, small and thin enough not to get in your way, and so good looking that it will be noticed by those of us who appreciate such quality.

I’ve debated selling this watch, and I still may put it up for sale.  It is difficult for me to do because this watch looks so nice, and for something that is older then I am, works better!

Thanks for watching this quick review, and if you find one of these watches, you can safely add it to your collection knowing that it is a beautiful vintage watch that will compliment the one who wears it. 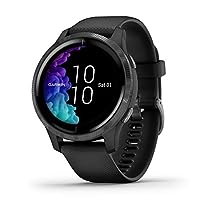 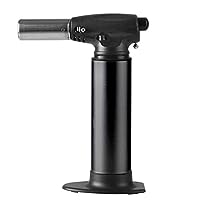 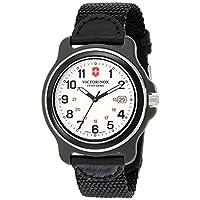 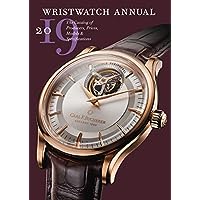