In this video, I’ll be covering the full service, tear down, cleaning and re-assembly of this wonderful vintage Omega Constellation Wrist Watch.  This its case is solid 14k gold.

I’ll also be covering a few things about the history of Omega, and a brief history of the Constellation model itself.

These watches are still highly collectable, and for the most part, they are well taken care of.  Yes, I’ve see some damaged beyond repair, but that is the exception to the rul when it comes to Omega Watches.

Vintage Constellation watches range in price between $1800.00 to as much as $5,600.00.  The higher end of the market gets you a bit more.  Typically, the watch case will be in excellent condition, and you almost always get the original box and papers that came with the watch.  Lack of those items, and wear to the case will, however, bring the price of the watch down.

Enjoy the video, and the blog of course.

Before it was the Omega Watch Co, it was known as the La Generale Watch Co, and started by Lous Brandt.  It was originally located in LaChaux De Fonds, Switzerland.

The Omega name, was a Brand of watches, and it later became the name of the company as the name represented the quality of the watches he produced.  Brandt was, just prior to starting his own company was an assembly craftsman for a pocket watch company.

He started his company in 1848, and grew it to sell and service all around Europe

Louis Brandt successfully ran the company until his death in 1879, and the company was turned over to his sons, Lous-Paul and Cesar, move moved, the then “Omega watch company from its original location to  Bienne in 1880.

Under both sons, the company grew and by 1890, were producing approximately 100,000 watches per year.  It was during this period, that the boys had significantly improved the efficiency of the company as well as the continued quality of the products.

Louis-Paull and Cesar Brandt both died in 1903.  This is when the company was re-organized and the Omega Watch Company was fulling implemented as its company name as well as its brand.  by this time, Omega was producing around 240,000 watches annually.

The company at his time was left to Paul Brandt, who was only 23 at the time.  It was his influence that that drove the company forward and eventually led to the merger of the Omega brand with Tissot, in 1930.  This led to the SSIH Watch Group.

Paul Brandt and his associate grew the SSIH group by acquiring some city different watch companies into the conglomerate.  It was also during his tenure that the Omega Chronometer movements became highly developed and innovative.

In the 1970s, there was a brand war between Omega and Rolex as they were at the time, the two largest high quality producers of find mechanical watches.  This was the decade however, that Rolex began to outsell the Omega brand in quantity of watches.

in the late 70s, the Japanese quartz company’s began taking a foothold into the watch market, and that was led at the time by both Seiko and Citizen Watch Groups.

Omega at this time began production of quartz models as well as mechanical and automatics, but this move led to the Rolex Group taking a larger portion of the high end mechanical market, which Omega was never able to recover from.

It was in 1892, the Omega, the name of the company, first made its debut, but as a brand at the time.

It was in 1999 that Omega was able to successfully introduce the Calibre 2500, with the Coaxial Escapement in mass production.

In 2013, Two coaxial movements, the 8500, and the 8501 were created exclusively for Omega.  They were also billed as the most “Anti-magnetic watch” ever produced.

Omega has been the official time keeper of 21 Olympic Games.  In 1952, they were awarded the Olympic Cross of Merit for their recognition of all Sports.

The constellation made its debut in 1952, and has morphed back and forth to include both mechanical, automatic and quartz models.

The original watch contained a caliber 354.  At the time, the casebooks were sealed, and removal was done by removing the crystal to keep the watch free from moisture and debris.

This is also the time that Omega introduced the iconic logo of the observatory and stars on the back.  The watch has generally always had the name located just above the “six” position on the dial.

the first models were all fitted with “bumper rotors.  They were called that because of the light “thud” you would feel when the rotor swung back and forth.  These were replaced with the calibers 500, 501 and 505 which had a full 360 degree rotation on the rotor, ending the era of the “bumper”  Interesting, Hamilton (then a Swiss company, used the bumpers later until the early 1960s)

One of the individual features that the Constellation was the pie-pan dial, or domed dials.  This was a feature on many models until  the early 1960s.  It was in the 1960s that the constellations moved to a more flat dial.  It was in this era that thinner mechanical watches were coming into style, and Omega was one of the first to do so.

Yes, there are ladies versions of the constellation, and they began production in the 1970s.  These watches where a bit more flashy, with jeweled dials, very thin movements and gold bands or bracelets.

In the 1970s, the constellation migrated to a quartz version…  however, and possibly thankfully, moved back to an automatic by 1984.  this was all done through the “Manhattan Model line…

Thankfully, if you’re watching this, you most probably prefer the automatic and mechanical versions.

And, just to finish with… No, the Constellation never went to the moon.  Buzz Aldrin wore a Speed-master when he went to the moon, since that was one of his favorite watches at the time.

Regardless,  I’m sure, that the greatest adventure in my lifetime, men traveling to the moon, gave much attention to the Omega Watch Company thanks to Buzz Aldrin’s Speed master.  To this day, I have customer’s asking me if I can get them the watch that went to the moon with Buzz! 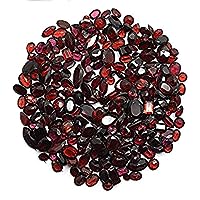 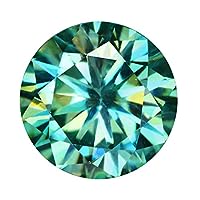 Restoring a Disney Cinderella Watch made by Timex